It is amazing what you can find out about your ancestors by searching old newspaper archives. I had a look for Shaylers in the Wallingford / North Moreton area and came up with a few gems, such as this small advert from the Berks and Oxon Advertiser in 1937 for my Grandad’s taxi / car hire company.

The family lived at 10 Station Road for years. The house is still there, opposite what was then Wallingford Grammar School and next to the Fire Station. I don’t know where Harris’ Garage was though.

A couple of years later in January 1939 my grandparents are mentioned again in the paper, as mourners at the funeral of Thomas Henry Shayler, my grandad’s uncle.

According to the Reading Mercury, Thomas had worked for the Great Western Railway for 51 years and had retired 12 years earlier. Other mourners included Thomas’s two sisters Elizabeth and Mary (known as Bessie and Polly – read more about Bessie here), and various other nephews, nieces, cousins, ex-colleagues and acquaintances from Northbourne (where he lived) and North Moreton (where he was born). It is quite a long piece which suggests to me that Thomas was well respected in the community. He had done well to reach the age of 79 and survived all three of his younger brothers. He also outlived two wives but didn’t have any children.

Much earlier than this, in 1880, Charles Shayler (a cousin of my 2 x great grandfather Henry Shayler) moved his family from North Moreton to the USA and this advert from the Oxford Journal shows what he wanted to sell before they left. 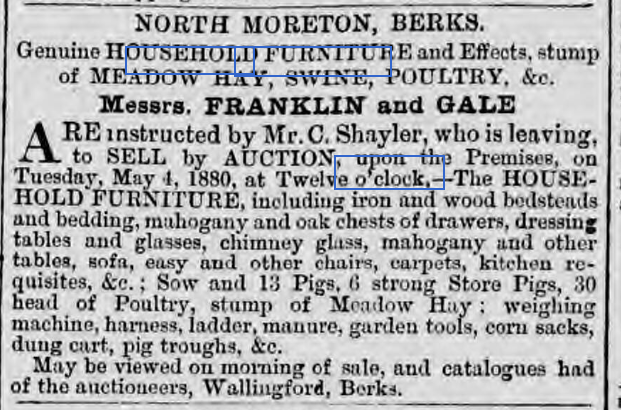 They sailed from Liverpool a few weeks later, arriving in New York on 12th July 1880. After a short time in New York, the Shayler family settled in Columbus, Ohio, where Charles became a policeman. His son Ernest Shayler became Bishop of Nebraska in 1919 and in 1943 he wrote about his early life in England.  Ernest also attended Wallingford Grammar School but had to walk there and back from North Moreton most days, about 3 and a half miles in each direction. I expect he’d have preferred to live across the road at no 10 Station Road! 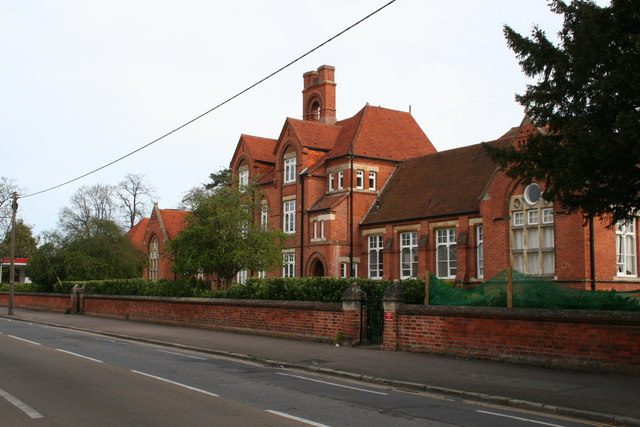